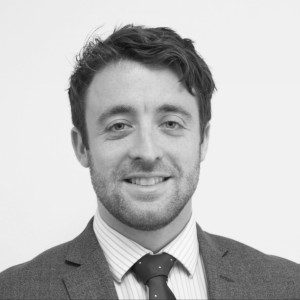 Why We Need To Engage More With Teenagers

Why We Need to Engage Teenagers

There has been a lot of focus placed on apprenticeships since the government pledged to increase their status and their number. Yet, even with the widespread support in favour of such a scheme, numbers fell by 59% by August 2017, and by a further 27% in the following six months. While the Chartered Institute of Management states many employers now expect this figure to rise, the report ‘Not for them: Why aren’t Teenagers Applying for Apprenticeships?’ offers insight into possible reasons behind the drop – from the school leavers’ perspective.

‘Not for them: Why aren’t Teenagers Applying for Apprenticeships?’ offers insight into possible reasons behind the drop – from the school leavers’ perspective.

The majority of research into apprenticeships looks at employer views and their side only. For example, the levy system is cited as the main reason for the drop, as everyone gets used to the new system. The report; however, suggests there’s a lot more going on and that with only 1:6 teenagers thinking of trying the apprenticeship route, it’s clear more thought needs to be put into finding out why teenagers aren’t engaged with the apprenticeship scheme and how to resolve this.

Yes, the levy and apprenticeship scheme aren’t just for school leavers, and the levy’s encouraging more employers to thinking about and support upskilling their current workforce, but the apprenticeship scheme is never going to reach its potential as a solution to high youth unemployment and the skills shortage if we don’t address adolescents’ concerns.

What the report says

Many concerns still seem to be focused around misconceptions and perception problems. Although only 23% still believe apprenticeships are for those unable to achieve the grades necessary for university study (so we are making some headway), 45% still worry they are too low status and that employers don’t value them as much as a university degree.

More alarming though, is the extremely low 20% who think their teachers would promote apprenticeships as a viable option. The Sutton Trust poll seems to suggest this perception, as it discovered there is still a strong negative attitude to apprenticeships among educators.

59% also say they don’t believe an apprenticeship offers the most advantages for reaching their chosen career, which fits alongside the 75% who said they would consider an apprenticeship if one was available in their chosen field at a high enough level. When the majority of 6th Formers interviewed identified careers in areas such as science, engineering, IT, accounting, health, education and marketing to be where their ambitions lie – all areas which should be offering some higher or degree-level apprenticeships within the sector and all are industry areas for which such an apprenticeship would be beneficial for a plethora of roles – this suggests a worrying lack of information is being provided.

Furthermore, all the statistics reported demonstrate that there is still much to be done regarding the perceptions of apprenticeships in order to bring them to equal footing with A-Levels and degrees.

What can we do about it?

More involvement with schools, colleges and young people is the easy and most obvious answer, but it is not always so easy to carry out.

Many organisations are cutting down on their recruitment budget and so there are often not enough resources to build and maintain relationships with schools and colleges. At roughly £192 per visit, it’s no wonder only 2500 visits were made last year (click here to see the ISE survey).

On the other hand, it has also been shown that these sorts of engagement activities can have a significant impact on young people’s knowledge and aspirations. They can spark interest and careers hitherto unknown or not previously considered. They can affect where these potential candidates may apply in future, as a positive formative experience is more likely to encourage people to return as candidates for employment opportunities later in life. These engagement activities could also reduce the number putting off such decisions in favour of going to university and ‘figuring it out’ while there or further down the line. They could encourage their eagerness to begin their career journeys, but with only 40% of surveyed employers offering work experience opportunities and only 34% taking part in mentorship programmes, in addition to the low numbers of school visits, it’s no wonder that so few teenagers are considering apprenticeships with such little knowledge or experience.

‘Meaningful engagement’ doesn’t just have to be in the form of traditional school visits or school/ college work experience placements, which can take a lot to organise. As well as these and mentoring opportunities, they can also take place in the form of work place tasters, apprenticeship tasters or open days, where potential candidates/ applicants are invited to attend and given the opportunity to ask questions and learn more.

This could prove invaluable, not only to negate stereotypes, including industry stereotypes such as construction is for men, childcare for women, and to reduce misconceptions and perceptions about apprenticeships as a whole, but also to demonstrate that by completing an apprenticeship, particularly at that higher/degree level, won’t automatically mean that young people will miss out on the social opportunities linked so frequently with studying at university. These are clearly valid concerns many adolescents share when considering apprenticeship vs. degree, as 62% are reported as worrying about missing out on meeting new people at university, 33% believe they will miss out on meeting a future partner and 53% also believe they will miss out on the opportunity to live away from home.

With mountains of information available at their fingertips, more needs to be done to reach out to these young people. ‘Positive formative experiences’ and ‘meaningful engagement opportunities’ could occur just as easily through social media content, brand awareness, clear and interactive websites and information portals, as well as in person through visits and other engagement opportunities.

Despite the expense, employers need to set aside some budget and spend time engaging with schools and colleges. Not just to supply engagement activities with students, but also to engage with and support teachers and educators in passing on appropriate and relevant information about apprenticeships, reducing the negative attitude many still have. Knowledge needs to be increased and made more easily accessible to anyone interested in apprenticeships, and go hand-in-hand with combatting stereotypes within industry areas or about apprenticeships and apprentices in general.

All of this should help make apprenticeships seem more attractive, particularly if combined with clear efforts to meet teenagers’ concerns head-on and provide a simpler, clearly application system.

Read our most recent posts